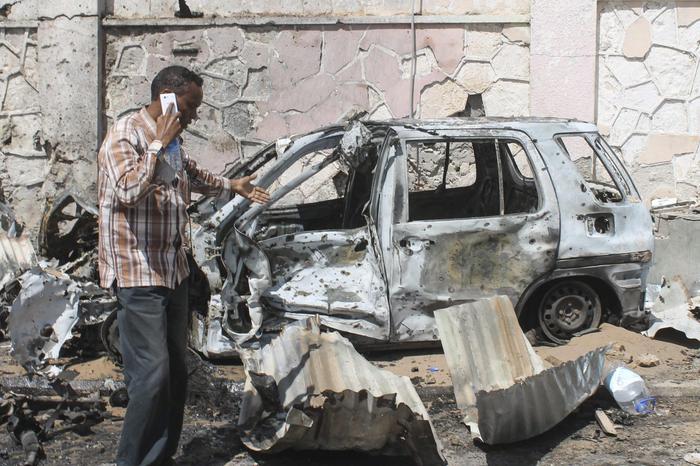 A man walks in front of a destroyed car at the scene where a suicide bomber attacked a United Nations convoy near the airport in Mogadishu, Somalia, 03 December 2014. Several people were feared killed in a suicide bombing attack by Islamist terrorist group al-Shabaab, when a member of the al-Qaeda-linked group drove a car bomb into the peacekeeper convoy at about 0700 GMT at the heavily secured Aden Ade International Airport, Somali security officials said. ANSA/SAID YUSUF WARSAME