Marcello Dell’Utri (L) listens to his lawyers as they address the court during his appeal trial in a Mafia case in Palermo on December 11, 2009. An alleged Mafia mobster, who is serving multiple life sentences for ordering a series of deadly bombings is expected to testify on December 11, 2009 in a trial that has stirred up anxiety among the political allies of Italian Prime Minister Silvio Berlusconi. AFP PHOTO / Marcello PATERNOSTRO (Photo credit should read MARCELLO PATERNOSTRO/AFP/Getty Images) 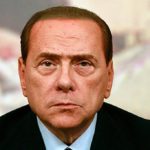 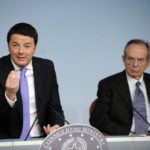